Home » Pedagogy » Girls, Cows and the Cities they Grind to Dust

Girls, Cows and the Cities they Grind to Dust

Vijeta Kumar sees the myths, legends and heroines who occupy her classroom.

In Konkani, we use the expression ‘she walked the city so much, she turned it to powder.’ Our mothers said it to shame us for bunking college, sitting behind some guy on his bike and roaming the city.

I’ve thought of that expression often. To turn something to powder you use both your hands and exert all the energy you can summon from the rest of your body. That you can do it to a city as big as Bangalore meant that in the few hours that I did spend on some guy’s bike snaking through khao gallis and staring at old-Bangalore houses, the city was mine.

It’s thrilling to watch the girls in the classroom who come from all parts of the country and turn the city to powder, with or without some guy and his bike.

When I first met my student Kiruba, we were discussing a piece she’d written about Tirunelveli’s cows. They had graduated, she said, from names like Ambika, Sreedevi and Lakshmi all the way to Nayanthara, who later gave birth to Deepika Padukone. Her longing for Tirunelveli was most piercing when she realised city cows had no names and city streets had no laughter. People of the same street never talk to one another, she observed. So she walked and walked until she found Tirunelveli in Shivajinagar. Here she shopped and ate and ate until she turned to powder.

The first few days of her college, my student Eshwari went looking for empty classrooms to eat food in. Most of her friends were from outside college – shopkeepers from Devasandra who saved the last packet of Lays for her, irritated bus conductors who would throw her bag outside at signals when she wouldn’t stop talking, and flower vendors she met at bus stops. But her closest friends were the auto drivers who took pity on her when she ran after buses. They offered her a lift, and together they made it their mission to chase buses.

Even so, nothing shows me the city like sitting for interviews during college admissions does. One morning, I met the supremely confident parent of a young girl who demanded assurance that his daughter would get an MNC job if the college was fortunate enough to give her admission. Not long after they were told to calm down, a girl walked in with her timid father who kept looking around to check if he’d be asked to leave. His hands shook when he had to sign and the girl extended hers to steady it. It appeared as if he’d learnt to sign his name just that morning for his daughter’s admission. Later, when they left with a heavy bag, covered with a towel and topped by two oranges, I saw how harrowing the experience of the city is for some.

Dalita Kavi Siddalingaiah powdered the city by walking and writing in it. In his memoir, Ooru Keri, he talks about reading and sleeping in graveyards because no other part of the city was as quiet and no part of his house that private.

When we moved to online classes, some of my students lost a large part of the privacy that classrooms had previously given them. They couldn’t afford to recreate their classroom-self for an online class, sitting in the living room surrounded by family members.

For some others, online facelessness afforded a certain kind of courage they had previously not known.

Doing Eunice D’ Souza’s poem, Advice To Women in class one day, we began wondering why D’Souza was asking us to learn how to die by keeping cats, not live. And a student who’d usually not say much in offline classrooms found it in her to say, “Because by knowing how to die alone, we learn how to live alone.” I don’t know what experience of the city or life this girl brought forward but I’ve never been moved to silence as I was that morning.

For Dalits who move to cities from villages, progress and privacy work in strange ways. “Progress is personal,” said the novelist Dawn Powell. I fought with this until a scene narrated by Siddalingaiah came to mind. He was being felicitated at a college hostel in Bangalore and

when he went on stage to receive it, he watched his mother, a sweeper at the same hostel, cheering him on from the first floor, proud, a broom in hand. Siddalingaiah says he didn’t know what to do with this truth. It was a city truth,

something that could only be produced by the strangeness of living in a city where progress can’t be passed on, much less shared.

It’s quite similar to the duality of city truth offered to young college-going girls who must wear a different face at home, and a different one in the classroom. The courage to wear both comes at a cost. Sometimes the cost is so high that they unlearn the face they taught to give themselves in the classroom and dissolve themselves in the one given at home. Sometimes they allow both faces to bleed into each other until they forget which one was for what.

Eshwari’s mother sits in on all her online classes and particularly enjoys the writing ones where she gets to listen to her daughter read her stories. Sometimes Eshwari panics and has to press the mute button hurriedly because her mother is laughing too loudly at something Eshwari has read out.

I think about the girls in class who walk, read, eat, write, and turn the city to powder with their laughter. I think about my mother for the many agarbathis she lit on windowsills in all the rented homes we weren’t supposed to make fish in, and how she took revenge on the city in the evenings. She took autos to faraway places to find a nightie in a colour she didn’t know the name of. In those long sallies into the city that she often took, the house grew quiet as air in a keyhole, and I, anxious with the worry she wouldn’t return, imagined the city swallowing her alive. It hadn’t occurred to me that she was swallowing the city.

Vijeta Kumar teaches English at St. Joseph’s College, Bangalore. Writes at rumlolarum.com. Laughs with girls. Sleeps with abandon. Throwing Chalk is her regular column with The Third Eye where she looks at her classroom as a microcosm of the world we live in. 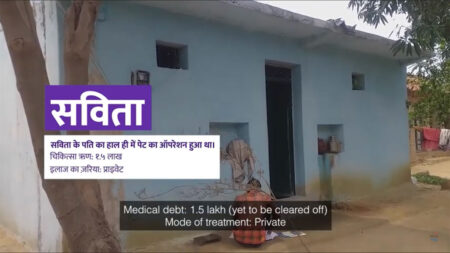 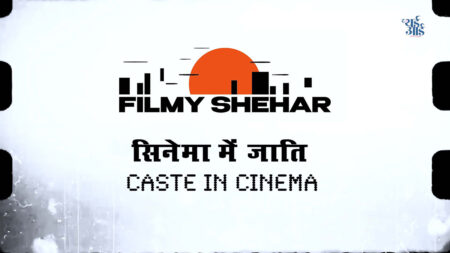 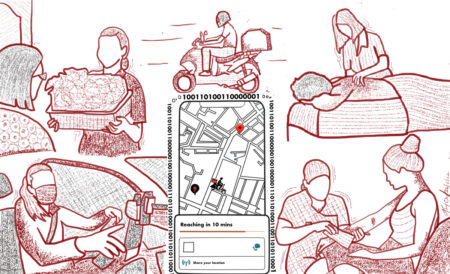 “You’ll make us work for you. You’ll even let us touch you. But you won’t let us use the same elevator.”