Home » Praxis » Can you measure patriotism with a literal love for the literal soil?

Can you measure patriotism with a literal love for the literal soil?

A student writes letters home from an Adivasi village where he is witness to social drama that has nothing to do with clichés about simplicity and tradition. Here is his first letter.

Translated from the Hindi by Ruchika Negi

Prakash Ransingh has participated in the Travel Log programme with The Third Eye for its City Edition. The Travel Log mentored 13 writers and image-makers from across India’s bylanes, who reimagine the idea of the city through a feminist lens. He writes from Toranmal, Nandurbar district, on the border of Maharashtra and Madhya Pradesh, where he worked as a surveyor.

I don’t know what time of day it will be when you get this letter, but whenever you do, please sit under the branch that hangs over your balcony. And read it there. You have tall buildings before you – colonies of concrete – and banners and billboards that talk about the development of the city. But, perhaps, that branch will help you feel a little bit of what I have felt in the jungle.

I have always wanted to be in the jungle – to live in the jungle? – to feel that simple way of life, and to adopt its values. Today, I stand at the edge of that world.

As you know, I am currently working in 12 villages in Toranmal. Yes, the same Toranmal that is also a hill station and a wildlife sanctuary. Google it: you’ll find it easily.

Gradually, I am soaking it all in. Through the day, cool breeze flows through this place, and the mornings are covered in thick fog. All this is very new to me, much like how I am new to the people here. But I’m sure that with time, I’ll get used to all this.

Initially, I used to feel like an outsider here. I feared that I might never be able to mix with the people, with this landscape. But whenever I see a saag tree and I see a leaf fall from it, quietly touching the ground, somehow this feeling goes away. I feel like I begin to understand the jungle a little. And the more you understand the jungle, the better sense you have of the people who live in it. Do you remember when we took a bus from Nagpur to Wardha? We saw the saag forests on our way. That green, lush saag. The same feeling of peace fills me here as well. It’s just that this journey is a little different. I remember you a lot these days. This letter is my way of making you a part of my travels.

Come, I will take you to a village in the jungle now.

It was in April that I first came to Toranmal. I came via Nandurbar and Shahada. Nandurbar district itself is at the borders of three states – Maharashtra, Gujarat and Madhya Pradesh.

Nandurbar starts just as you cross the northern parts of Nashik and Dhule in Maharashtra. You can see the Satpura ranges at a distance. The Narmada flows through the Satpura and thence into Gujarat. Yes, the same Narmada that gave rise to the Narmada Bachao Andolan.

You drive through forested, hilly roads to reach Toranmal. The route is surrounded by dense forests of saag, khair and bamboo. And as the leaves of the saag start to fall, some bastis begin to emerge in the forest. As if in a play, through the darkness of the trees, some characters appear. People come onto the paths. You can see them sitting alongside the road – groups of women staring intently at the passing vehicles as they rest for a while, putting aside the bundle of wood they’ve been carrying on their heads. You notice they are carrying food with them. The men are sitting around, talking. Where are these folks headed?

Upon asking, I was told some of these people were temporarily migrating to Madhya Pradesh, Gujarat, Pune and Nashik to look for work. People come from outside and take hordes of locals back with them to work in the city. It could be any kind of work, but mostly it is related to sugarcane farming. Every year, people migrate around November and return home in March, around Holi. Holi is a very big festival among the Adivasis and is celebrated with much gusto. Pawra Adivasis live in this part of Toranmal and there is a lot of singing and dancing that happens on Holi. Between November and March, all the bastis, the villages – everything – wear a desolate look. You can only see a few old people sitting around near their homes.

I spoke to Sandeep regarding this. Sandeep assists people with documentation and surveys, so he is familiar with every nook and cranny of these villages. I asked him, why do these people go out to look for work? The forest is rich and the land seems so fertile.

Sandeep said, sir, this jungle used to belong to the people. That is no longer the case. 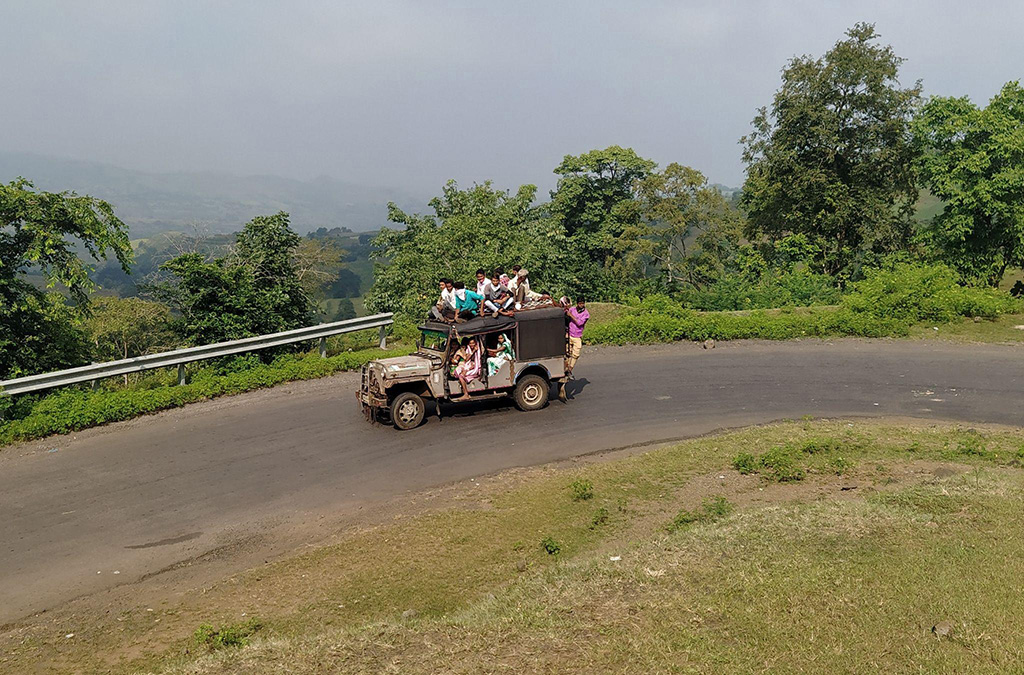 Now, only that portion of land for which the government has given you a patta is yours. And you can’t do much with that either. This is an undulating, hilly terrain. It’s difficult to till such a land, irrigate it. That’s why people have to leave their homes to look for work. And now, this has become the bastion of contractors who come here and take massive numbers as labour to the city each year.

I have been observing this process closely. The women are the worst affected because of this contract labour business. Usually, the contractor takes both the husband and the wife. So not only do women have to adjust to their new work environment, they have to look after their new homes as well. This dual burden adds to their responsibilities. Even if they are pregnant, they don’t have a choice but go to work. They don’t get any health facilities either.

When I pass by these villages, sometimes I see a malnourished child lying on a charpoy. I am convinced then that whatever may be the case, the world can’t keep going on like this, can it? But there can be many ways to change the world.

When I met the forest officer, he said, “These people are illiterate and uneducated They don’t think it’s necessary to save the jungle. They do farming here and destroy the green cover.” I just don’t understand how you can talk like this about a people for whom the forest is their home, their religion. Others come and devour the forests in the name of industrialisation; they say they are steering the country towards progress! Compare this to an Adivasi’s life, and his relationship with the land. He is considered uneducated. What a way to think! These people have been living here for generations. And you feel that they are the ones killing the forest, this environment?

An entire generation is lying in wait to get their small plots of land regularised and registered in government records. Some people spend their whole life trying to get their paperwork sorted, to no avail.

Their children and grandchildren are stuck in the same vicious circle now. Like their ancestors, they too are in the dark – will they be able to get their land registered or not in their lifetime? This is how things are. All these things really baffle me. I wish I could sort all this out in a jiffy. But of course, I am helpless.

I understood one thing here; many children don’t go to school, and the reasons for that are all different and particular. And because of seasonal migration, the dropout rate is very high. The most shocking thing is that government records don’t reflect the absence or dropout rates of students at all. So technically, and in the eyes of the law, all students are, in fact, going to school! Whereas, the truth is entirely different.

How will these students who live the jungle, ever be able to compete with the other children who read books like The Jungle Book?

I have a whole forest of questions in front of me, and all I can do is gaze at each of these…this beautiful river doesn’t seem so beautiful anymore. All these springs, these ponds, these rivulets are inundated with questions for me. Even the sun seems to be standing in a dock as it sets. 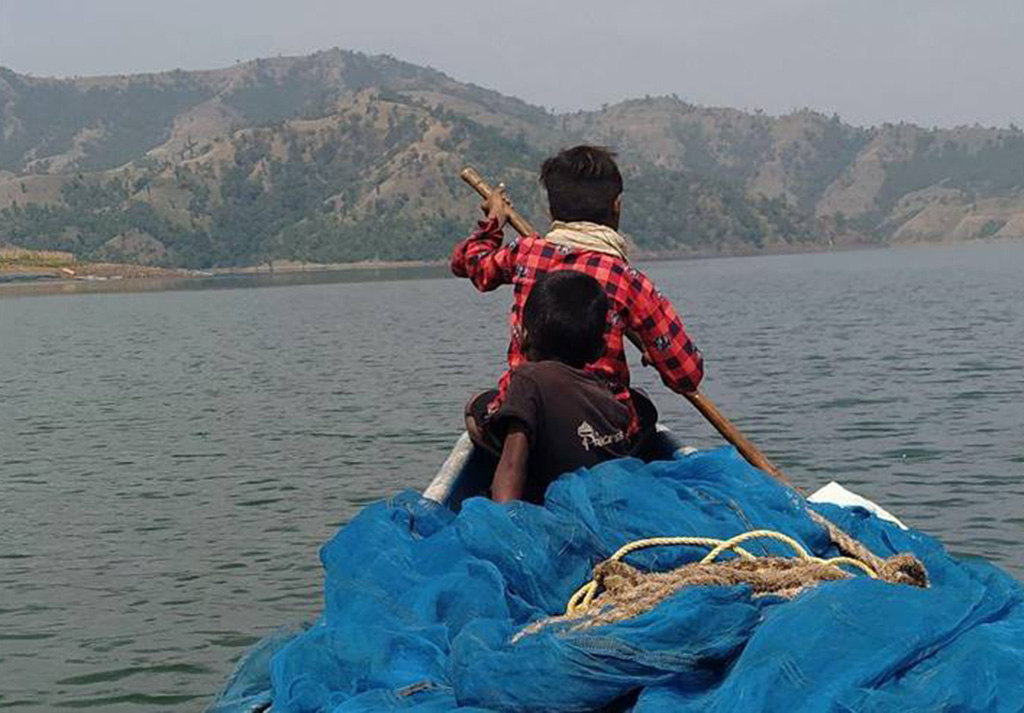 We often talk a lot about ideologies. We argue, dissent, and differ from each other’s perspectives. But, when I see a woman climbing up an entire hill with a child strapped to her chest just to get some rations, all these ideologies seem redundant. And I am reduced to being a mere spectator. Sometimes I wonder why despite all these sufferings, people continue staying here.

People here don’t leave the hills. Their life, their work, their religion – everything is embedded in these hills.

If one were to measure patriotism in terms of one’s love for their soil, these people would top the charts. But it’s sad that in these parts, there is no imagination to weigh your love for your land in these terms.

Gradually, I have also learnt how to climb up and down a hill, and walk through a forest. The people here are lovely. I’ve begun to mix with them now. On one side of Toranmal lies a thick forest, and on the other, barren land. I’ve pinned all my hopes on the barren land. Maybe some seeds of change may sprout there one day.

I think of you a lot, and hope to meet you soon.

From the jungles of Toranmal

Prakash Ransing is a student of English Literature at Savitribai Phule University in Pune. He was working as a surveyor in Toranmal, a village on the Maharashtra-Madhya Pradesh border. Living the village life, he says, has informed him more than textbooks ever can. “Adivasis are the biggest environmentalists,” he says, and he loves exchanging notes with them on his field visits. Prakash writes in Hindi and Marathi and likes to photograph nature while walking around the village on weekends.

Ruchika Negi is Associate Editor at The Third Eye. 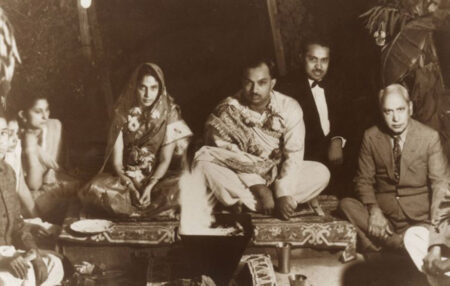 The 19th Century Woman Who Challenged the Image of Indian Coupledom 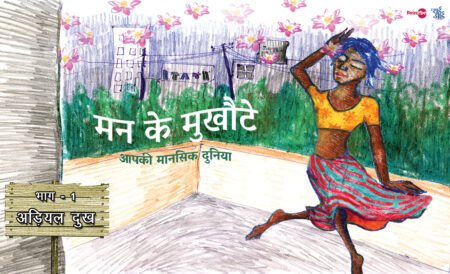 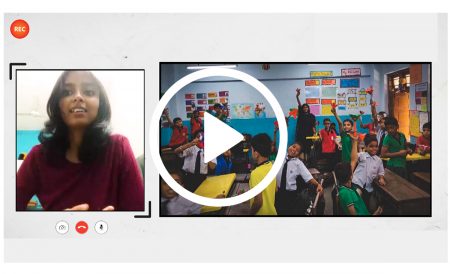