Home » Praxis » The City and its Two Faces

The City and its Two Faces

Kalki Subramaniam in conversation with Ruhaan Atish about the troubled relationships we have with our hometowns.

The Mind Map accompanies our Travel Log, The Third Eye’s travel fellowship that mentored thirteen writers and image-makers from across India’s bylanes to reimagine the idea of the city through a feminist lens.

An artist worked with a Fellow to visualise their town, village or city, a ‘map’ of the spaces they actually live in; a combination of their mental, emotional, spiritual and physical landscapes to help us imagine the ‘city’ subjectively. Ruhaan is a queer feminist trans man from Fatehpur. He is an activist and a lawyer who also enjoys writing poetry. You can read his piece in Hindi here.

Ruhaan’s Mind Map is imagined by Kalki (https://www.kalkisubramaniam.com/arts/), a transgender activist, artist, entrepreneur, poet, actor and inspirational speaker based in Tamil Nadu. Presenting our fourth Mind Map of the series, where Ruhaan and Kalki discover that helping put the past behind us may be the greatest reward of art.

Kalki and Ruhaan, what were your first reactions when we had proposed this collaboration to you?

Kalki: I think I could relate with him so much because he came from Fatehpur; I also come from a small town. I was born in Pollachi and I went to Chennai, like Ruhaan went to Delhi from Fatehpur. In Chennai, I found more acceptance and opportunities. I’m transitioning from my born-identity to something I truly am and he’s also doing that same. So, basically our struggles are very parallel. Our search is very parallel.

Ruhaan: So, when I first applied for this travel writing project, all I had in mind was to share my lived experiences of this small town that I belong to, which is barely known to those outside Uttar Pradesh. Mein chahta tha ki jo mera is sheher se rishta tha, woh log jaane. I also wanted people to know Fatehpur the way I do.

But there is a little wound inside: why didn’t I find a safe space in a place where all my memories and relationships lie?

What was your first meeting with each other like?

Ruhaan: I would like to share something. When I was still struggling with my gender identity, I was googling and searching the internet, where I found the term ‘trans man’ that I now identify with. I was looking [online] because yahan pe koi nahin tha jo mujhe support kar sakta tha, samajh sakta tha ya counselling kar sakta tha. So, I googled for organisations that work for trans rights and that’s where I first saw Kalki’s name and number. I called her, but unfortunately she did not receive my call at that time and another NGO helped me. But when I got to know that I would be connected to Kalki through this travel writing project, I was really excited. I had been following Kalki on the internet and I knew that she is a poet, an artist, a renowned activist and I was extremely excited.

Kalki: Ruhaan actually sent me a long message about himself, about the kind of things he is interested in, his work, his life. It was very open and honest and I really loved it. He enjoys texting: I don’t do much texting. I sent audio messages to him and then called him up and we spoke. The conversations between Ruhaan and me were not long, but they had a lot of depth. I also went through his blog. It was in Hindi. But I had a translator and I did a lot of reading of his translated work. I thought his writing was really powerful and so honest.

I thought, “Here is somebody who I could identify with, who was on the other side of India. Yet he has gone through the struggles that I have gone through,” and I felt an immediate alignment.

Kalki, was there any particular thing or quality to your conversations with Ruhaan that eventually made it to the Mind Map?

Kalki: He speaks slowly and that is something beautiful; his expressions were very grounded. So, that quality was something I could grasp. I felt his strength. I think there is this beautiful side to him that’s silent and slow and steady. I was trying for a way to acknowledge his struggle but not dwell on it – without the past, there is no present and there is no future. So I was trying to balance that.

Ruhaan, when you saw the artwork for the first time, what emotion did you think it was producing for you?

Ruhaan: I was able to see my journey from a small town like Fatehpur to Delhi. The artwork was reflecting my emotions. There is just one small thing: I wanted that perhaps, somewhere, my lived experience could also be captured inside it. For example, there was this park (in Fatehpur) where I used to sit under a particular tree and speak to myself for hours. Ya woh kabristan jahan mein mohalle ke bachchon ke saath cricket khelta tha. But by 13-14, my body started developing and my family stopped me from playing with boys. Phir mein chhat pe chad kar dekha karta tha us maidan mein ladkon ko khelte hue (I used to climb to the rooftop of my house and watch the boys playing on that ground). I would have liked to see these small details too, in the Mind Map. But I do really like what has emerged.

What elements are important to both of you in the Mind Map?

Kalki: I think his major talent is writing and I wanted to acknowledge this because I think that is his weapon, sword and tool. About the two faces, I will say that the left face with yellow and blue shades is actually his past and the right side with the flowers is more of his future; and there is this distant past, which will always stay with him but at the same time, there is this future also. I think he has the strength to make his future. I think and I hope his life ahead [won’t be] difficult. It [will] be smooth, poetic and nice. So I have given that musical symbol. This painting is full of positivity but at the same time, it acknowledges his struggles in the past but does not stay with the past. It moves to the present and hopes for all good [things] for his future.

Ruhaan: Mujhe in do chehron mein pata hai kya dikhta hai? In the black one, I think I see my 30 years of struggle with the questions and the shadows that were lying inside me; and in the second one, I see the new hopes and dreams with which I had come to Delhi. The pen has always been my favourite tool since childhood because I did not speak a lot; even now, I don’t think I can. But I write. I write my diary regularly and I believe I can convey my feelings and thoughts not by talking but by writing.

What did this experience change for you? Ruhaan, did this process of writing and making of the Mind Map affect your relationship with Fatehpur?

Ruhaan: Through this project, I felt that my perspective towards the city has changed. Matlab pehle jo ek tarah ka gussa aur aakrosh mere andar tha aur mein negative cheezein hi dekhta tha (Earlier, I held this anger and resentment that made me negative).

But when I was writing for this travel writing project, I was reminded of so many things, and I reflected on all my memories in a new way. While speaking with Kalki to discuss the Mind Map, I realised that while I viewed what had happened to me and my situation as a problem and blamed it, I also had the power to change it.

Kalki: Meeting Ruhaan for me was really interesting and I felt [he] was one of the most beautiful projects I have made. I have never done anything like this on a person. I don’t do too many living persons actually. I usually do a lot of Frida Kahlo, Che Guevara and a lot of nature, animals, and all that. But there’s one girl, my friend Sheetal, a trans woman from Kerala: I painted her and after that it’s Ruhaan. It has been like seven years and Ruhaan is the first living man that I have painted. 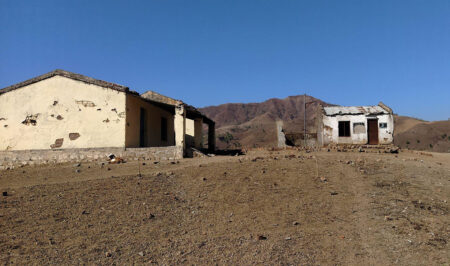 “Imagine a country, half of which belongs to women.” 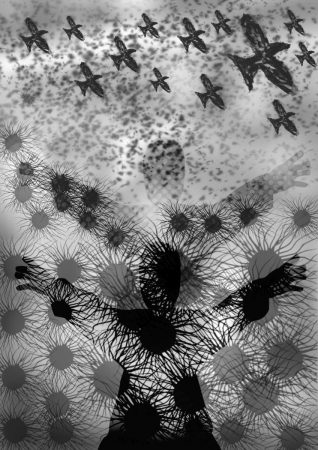 Pandemic, Lockdown and the Missing Link 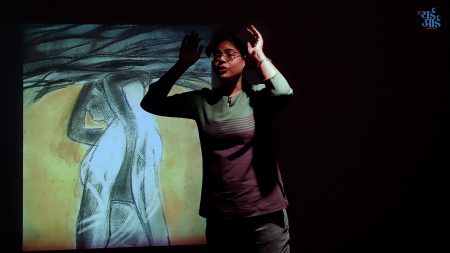